Celebrating Creativity #149 – Shake It Up

Here is another great example of an awareness campaign by Shake It Up Australia Foundation using guerrilla marketing tactics, which people couldn't help but notice.
END_OF_DOCUMENT_TOKEN_TO_BE_REPLACED
0

Mattel created a life-sized replica of their Hot Wheels toy car circuit and set a Guinness World Record at the X-Games in Los Angeles this month.
END_OF_DOCUMENT_TOKEN_TO_BE_REPLACED
0

What would it be like if all of a sudden everyone in a public space were "muted”? This is what the New York City based prank collective Improv Everywhere did on their recent mission set in Prospect Park in Brooklyn last month.
END_OF_DOCUMENT_TOKEN_TO_BE_REPLACED
0

Right...Something to warm us all up!

Remember the summer? You know - sun, sea, sand etc? Dutch agency Natwerk pulled this stunt on the hottest day of last year on the beach at Bloemendaal in The Netherlands.
END_OF_DOCUMENT_TOKEN_TO_BE_REPLACED
0 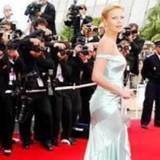 It’s the time of the year again when people start talking about Cannes…a film festival so famous and influential that, well, the fact that there’s a film festival there isn’t even mentioned… The furore surrounding Cannes (pretty much the entirety of the world’s film press appear en masse) leads to a peculiar, almost surreal, atmosphere for the festival’s duration. And, with so many filmmakers, film stars and film promoters kicking around as well as the press it takes something pretty special to get your film noticed.
END_OF_DOCUMENT_TOKEN_TO_BE_REPLACED

Hotcow are an award winning experiential marketing agency based in London. We have a full team of creatives, account managers and dedicated support to deliver your campaigns with the care and passion it deserves and we deliver with pride.
Read more »