If October 31st seemed stranger and spookier than ever before, there’s a good reason for it – there were a record number of witches, zombies and vampires roaming the streets. Halloween just got experiential.

Over the past five years, Halloween has grown in popularity in the UK, mainly due to the influence of American cultural imports, such as the Twilight trilogy, True Blood and The Walking Dead.

The festival has captured the imagination of the British public to the point where the market is now worth £300,000,000.

Whether you love it or hate it, Halloween presents brands with a unique opportunity to engage with a large, captive audience.

With the celebrations over for another year, we take a look at a few of the best Halloween campaigns from 2014.

To celebrate Halloween this year, Pepsi Max decided to play a prank on unsuspecting movie-goers at the Odeon Bayswater.

In order to promote its ‘Unbelievable’ YouTube Channel, the drinks brand fixed augmented reality mirrors in the toilets, which were equipped with facial tracking technology. Customers were given a fright when they checked their reflection, as their faces were transformed into grinning clowns, vicious werewolves and flesh-eating zombies. Naturally, hidden cameras captured people’s reactions, and the resulting video caught the imagination of the public, attracting over 1 million views in just over a week.

Another retailer to join in the Halloween fun was Marks & Spencer, who, in conjunction with Oxfam, opened an experiential pop-up shop, at the Oxford Street store.

Designed as a one-stop shop for Halloween fancy dress and adorned with spooky decorations, the space encouraged shoppers to donate or ‘shwop’ any unwanted clothes, to be re-sold, or recycled by Oxfam. An old garment acted as ticket entry to the pop-up, and as well as the public’s unwanted items, a number of celebrities also donated their wares.

The campaign formed part of M&S’s Plan A programme, which aims to give clothes ‘an afterlife of their own’.

The experience was backed up with a social media campaign in which Marks & Spencer encouraged Twitter users to share their biggest ‘fashion fear’, using the hashtag #ShwopOfHorrors.

The House of Vans, which is situated in the spooky Old Vic Tunnels, played host to the ‘gnarliest Halloween party on town.’ The event’s theme – ‘dead Rock ‘n’ Rollers versus Zombie Ripper Fiends’, featured a mash-up of skateboarding and live music from Norwegian ‘deathpunk’ band Turbonegro and other names from the hard-core punk scene. Other spooky features included a gore face pain workshop and a massacre art exhibition. 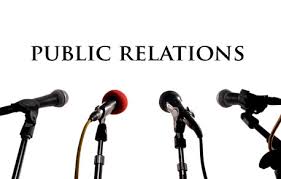 PR Lessons We Can Learn From Celebrities

PR Lessons We Can Learn From Celebrities