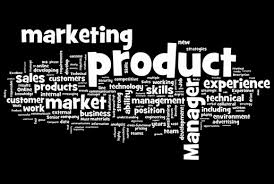 We are an emotionally driven society and we respond to marketing that resonate with us on an emotional level.  One tactic marketers use to achieve this is ‘shockvertising’ – that deliberately shocks and offends consumers, by violating norms for social values and ideals.

When it’s done well, shockvertising can be an extremely effective way of cutting through the plethora of marketing messages consumers are exposed to each day.

Italian clothing retailer Benetton pioneered the style in the 1980s, with a series of consciousness-raising ad campaigns – the most controversial being an advert featuring a photograph of an AIDS victim surrounded by his family, taken shortly before his death.

The ad caused a huge amount of controversy, and HIV charity, The Terrence Higgins Trust called for a ban on the ad, describing it as offensive and unethical. Others praised it for raising awareness of a socially taboo issue.

Today, brands use the tactic in equally powerful ways.

Here are two campaigns that show how shock can resonate with consumers.

1.    Invisible Children
Charity appeals often utilise fear to communicate their messages. This is especially true of charities dealing with issues such as domestic violence and human rights.

A powerful example was Invisible Children’s ‘Kony 2012’ campaign, which aimed to make the world aware of the despicable acts of African war lord, Joseph Kony, in order to get the American government to assist the Ugandan military in capturing him.

The campaign took shock imagery to the next level, and became the fastest growing viral video of all time, reaching 100 million views in 6 days. The global outrage from international leaders and young people alike resulted in 3.7 million people pledging their support.

Shockvertising is also used to promote special events and initiatives; particularly in the world of entertainment.

Imagine discovering a body lying on the floor with a bloodied knife protruding from a wound, and as you approach, the body rises and hands you a leaflet advertising a product. This is what a Portuguese agency did to publicise TV show Dexter – about a serial killer who works for the Miami police department as a blood spatter analyst.

The aim was to shock the public, and it worked a treat. Some people backed away, scared. Others went over to ask if the actor was OK, and a few people were angry that the company was using death as a promotional tool. But it got a lot of people talking.

After the stunt in Lisbon, the viewer ratings were the highest seen on any Fox TV show and the campaign appeared in blogs around the globe.