We all remember the first concert we attended; we all feel nostalgic when certain songs come on the radio; and we all have our secret musical guilty pleasures. Now you can incorporate that into your experiential marketing strategy.

Music is the catalyst to a number of emotional responses; it has the power to tell a story, evoke a particular feeling, or even spark a movement, making it a powerful weapon in your marketing arsenal.

The science behind our emotional responses to music can reveal the rationale behind the tactics employed in some of today’s most successful experiential campaigns.

We have pulled the following insights from a variety of campaigns that demonstrate how music can help elevate the impact of an experiential marketing program:

The power of music to make us feel a certain way has had numerous implications for brands. For example, last year, Volkswagen partnered with Canadian band Walk Off the Earth to make an interactive music video, featuring three different versions of their song – ‘Gang of Rhythm’.

Each video promoted a redesigned VW Beetle – The Super Beetle, Beetle GSR and the Beetle Convertible. Each version of the song was recorded to create a specific mood (playful, soulful, and powerful) to reflect the key characteristics of the cars, and ultimately the VW brand itself.

Music has a strong ability to evoke memory recall. That moment when we have a song stuck in our heads, known as the “cognitive itch,” is often capitalized on by marketers in an effort to instil a permanent memory or association with their brand.

Virgin America’s Safety Dance video used a combination of music, dance, and visual aesthetics to deliver an eye-catching video that resulted in close to 6 million YouTube views, 430,000 Facebook shares and 17,000 tweets in less than two weeks, not to mention a consumer experience that will be remembered long term.

3.    There is strength in a universally shared experience

The ability of music to act as a universal language allows for consumers to share in the same emotional response, thereby fuelling a mutual experience. The collective enjoyment of music has the power to evoke individual emotions, while bringing people together.

Yellow Tail wines capitalized on this idea with their ‘Wine Orchestra’, inviting consumers to participate in making music by filming themselves using Yellow Tail wine bottles as instruments. Videos were uploaded to the campaign microsite, with every upload resulting in funds donated to the Unison Benevolent Fund, benefitting those in the music industry during hardships. 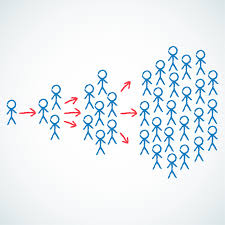