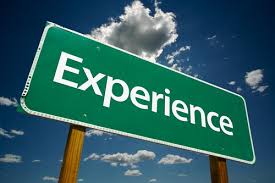 However, when your marketing strategy hinges on interruptive, outbound, attention grabbing tactics, if it backfires, it’s really hard to brush the bad publicity under the carpet.

So this week, we thought we’d explore some of the biggest guerrilla marketing mistakes, as a bit of a cautionary tale. It’s not that you shouldn’t engage in these tactics, but take every safeguard possible before launching your guerrilla campaign.

In a post-9/11 era of heightened awareness, placing strange electronic devices on street corners and bridges across the country might not be the best idea, as the Cartoon Network learned in 2007.

The cable station planted dozens of blinking electronic signs in 10 cities, as part of a guerrilla marketing campaign to promote Aqua Teen Hunger Force – an innocuous late night animated series about a box of French Fries and his Milkshake pal.

The campaign went awry in Boston when a worried resident called police thinking the devices were explosives. The incident turned into a full-blown terrorism scare, with police sending in bomb squads and shutting down Boston-area bridges.

Snapple discovered that bigger is not necessarily better, when it attempted to erect the world’s largest popsicle in New York’s Times Square. 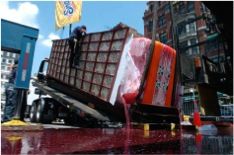 The stunt might have worked had the company not set up the 25-foot tall, 17.5 ton ice lolly on an 80 -degree day in June.

The frozen treat began to melt as it was being lifted upright, flooding parts of downtown Manhattan with kiwi-strawberry-flavoured Snapple.

Fire-fighters had to be called in to close off streets and hose down the mess.

This marketing failure ended up being no stunt at all for Las Vegas’ Heart Attack Grill, but a lot of people thought it was. 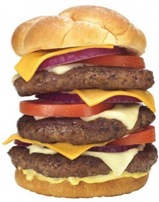 The restaurant, where diners are given surgical gowns as they choose from a menu offering “Bypass” burgers, “Flatliner” fries and buttermilk shakes, had one customer take its message to heart.

A diner suffered a heart attack while eating the restaurant’s “Triple Bypass Burger” as other customers looked on, thinking the incident was all part of a clever guerrilla marketing stunt.

Since the unfortunate event, the restaurant owner has been forced to defend the restaurant against claims that the incident was staged to drum up publicity. 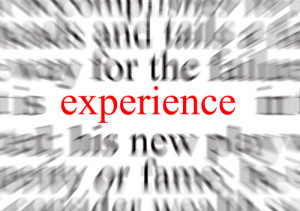 A Lesson in Experiential Tourism with Sentosa Spooktacular

A Lesson in Experiential Tourism with Sentosa Spooktacular