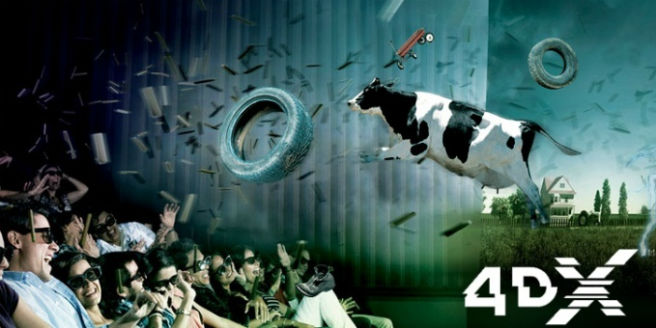 The Age of the Feelies: 4DX technology

Ever heard of ‘feelies’? Well if not, read on. In recent years, the film industry has seen a host of new technologies aimed at beefing up the sensory aspects of the cinema-going experience, such as the expansion of the soundtrack into multi-speaker surround sound; the increased size and dimensions of the screen, which has been brought about by the introduction of widescreen formats and most recently, the proliferation of 3D technology, which enhances the illusion of depth perception. As experiential marketing experts, Hotcow knows the importance of audiences ‘feeling’ a brand, as opposed to just reading about it. And now, this really is the age of the ‘feelies’.

The industry is evolving again, with the introduction of multi-sensory, ‘4DX’ technology, which augments the filmic experience with environmental effects such as seat motion, mist, wind, and various scents.

4DX technology, which is the creation of South Korea’s CJ CGV, celebrated its commercial debut in January 2009, with the release of Avatar, in South Korea. It resonated so well with audiences that the company immediately expanded its operations and today, boasts more than 14,000 4DX seats in 91 theatres, in 23 countries around the world.

The 4DX experience has been likened to a ‘cinematic rollercoaster’, as the audience is completely immersed in a palpable, physical experience, involving all five senses. The mechanised seats roll and pitch in tandem with the camera’s movements; jets of air or water are directed at viewers’ heads and necks to simulate weather conditions; strobe lighting is used in the auditorium during explosions or storm sequences; and billows of smoke and diffusions of aromatic vapours accompany the traditional images and soundtrack of the films.

From a marketing point of view, it is not enough for cinemas to simply serve popcorn, soda and offer 3D anymore. As the digital age has blossomed, high definition televisions have reached new heights of visual quality and sound systems provide an enhanced audio experience with their stereo and surround sound capabilities. These features have transformed the modern living room into the greatest theatre around, meaning that cinemas need to work harder to attract audiences.

Movie theatres need to demonstrate a distinct point of difference, and 4DX does just that. The technology forces an active viewer experience – the viewer cannot just ‘let the movie happen’ – the chair demands that the viewer engages in an active way with what’s happening on the screen.

Some cynics suggest that 4D technology is another passing fad, like smell-o-vision and illusion-o, both of which made appearances in 1960’s cinema and were never seen again.

Only time will tell how popular 4D cinema will be, but in an age where consumers are looking for more authentic and meaningful brand experiences, it could be the solution that movie theatres and cinema goers are looking for. 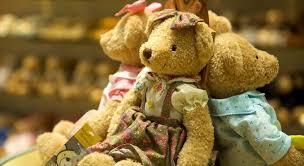