If you like Vodka, Andy Warhol and flying, you will no doubt appreciate Absolut Vodka’s latest experiential campaign to promote their limited edition Absolut Warhol bottle.

The association between Absolut and art goes back nearly 30 years, during which time, the brand has commissioned around 850 artworks, (some of which have been used in print ads) from leading artists including Keith Haring, Annie Leibovitz and Damien Hirst.

However, the company’s first ever commissioned piece was by Andy Warhol, so it is somewhat appropriate that Warhol’s own painting of the iconic vodka bottle should itself become a limited-edition product, in a case of art imitating life.

The iconic collaboration between the premium vodka brand and the renowned artist has been expressed through a series of digital pop-up activations in key airports across the world. At the touch of a button, consumers can create their own Warhol-inspired “selfie”. The activations pay tribute to Andy Warhol’s silk-screen design process, and digital screens use facial recognition technology to identify consumers’ expressions and movements, producing a personalised Warhol-style image.

Images can be downloaded and shared on social media in real-time.

Considering that Absolut’s target market is young urban creatives, this immersive, experiential campaign is a great way to reach them.

In addition to the in-airport activations, Pernod Ricard is encouraging further engagement with the brand through its online art exchange, where people can exchange original pieces of digital artwork with other enthusiasts from across the globe.

The site provides global users (of legal drinking age) with easy-to-master tools, enabling them to become an artist on the spot. There are four different options for creating your masterpiece: You can use brushes and silk screening tools to draw on the screen, and manipulate them with image treatments like the “Warhol” filter; utilize your webcam to make your own design; use your smart phone as a sort of paint brush; “throw” color at the screen, or play around with kaleidoscope-like patterns.

When the visitor uploads a piece of digital art, he or she will receive a piece of artwork from another user in return.

The exchanges happen at the end of each month from October through to the end of December 2014. One lucky participant will be chosen at random to win an original Warhol Photograph, taken by the man himself, in 1985.

The Art Exchange is a clever way to reinforce the brand’s ethos that creative transformation is within reach for everyone. 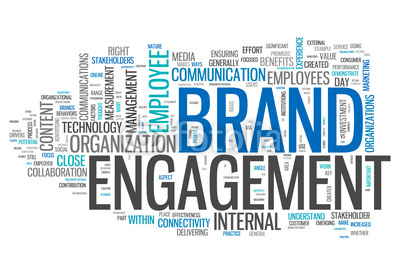