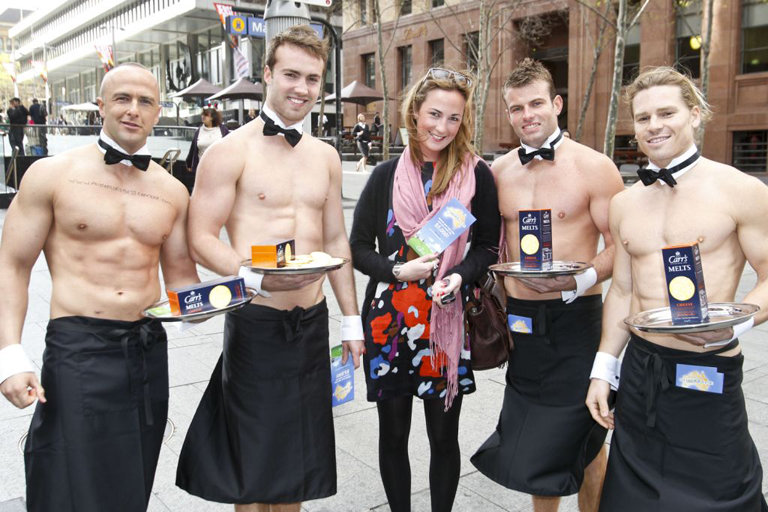 United Biscuits is one of the world’s pre-eminent branded snack businesses, producing some of the best known and loved sweet savoury snacks with products ranging from biscuits and crackers to cakes and savoury snacks.

Carr’s is the leading cracker brand in the UK consisting of Carr’s Table Water, Carr’s Melts range and Carr’s Selection and Nibbles.

Carr’s is a relatively small player in the Australian marketplace with low market share against major competitor Arnotts. The brand has predominantly used BOGOF offers to increase sales.

Carr’s wanted to engage audiences to help create an emotional connection with the brand in order to increase it’s relatively low brand market share in the savoury biscuit category.

Hotcow were tasked with developing an integrated program that would resonate with Australian audiences and bring Carr’s front of mind to the urban shopper whilst increasing sales with new and existing customers.

Australians love enjoying the great outdoors. They spend a large proportion of their time socialising in the outdoors at BBQs, the beach and other activities.

People did choose Carr’s but mostly on promotion and were not always aware of the brand, hence it was found that a limited number of people loved Carr’s biscuits.

We launched our communication with a nationwide competition to find Australia’s Best Cracker of a Joke to win $5,000 cash. The winning joke was voted by the Australian public.

The branded website (www.australiasbestcracker.com.au) was publicised through traditional PR channels and social media. Consumers were directed to the site where they could register and enter their favourite joke to try and win the cash prize.

PR Stunt – ‘Naked Butlers’
To create attention and link with the overall theme of ‘Inspiring great outdoor experiences’ we deployed scantily clad butlers to St Martins Place, Sydney CBD area to gain press coverage whilst not missing the opportunity to sample and drive people back online to our ‘Cracker of a Joke’ competition.

To amplify the in-store promotion, PR & sampling were conducted simultaneously to drive people into store.

The ‘outdoor team’ including the ‘Naked Butlers’ increased awareness out the front of store and at popular outdoor locations such as the Eastern and Western beaches, along popular shopping destinations such as Paddington, work locations and parks. Leaflets were handed out to drive people into store and give them a selection of take home recipes to use.

This campaign has taken us completely out of our comfort zone but we are incredibly impressed with the massive response.
Monica Kumara, Marketing Manager, United Biscuits