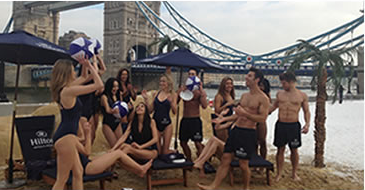 Newsjacking refers to a practice whereby you ‘piggyback’ a news story, in real time, to generate media for yourself and amplify your sales.

“An effective newsjacking campaign can help to develop SEO, improve awareness and reputation of a brand and drive organic traffic to a brand’s digital presence – and all at an extremely low cost”, says Miguel Rivas from Brand Social.

Digital Media has transformed traditional Public Relations (PR) practises to the extent that we are witnessing an increase in newsjacking in PR circles on a global scale. No conventional PR tool can ever bring the same brand perceptibility as when a brand connects and jumps on any real time news and gets global viral visibility. By now we have seen a handful of great examples that have gained stellar public exposure.

This phenomenon can be illustrated through the example of a PR stunt launched by T-mobile. During the royal wedding craze in 2011, T-mobile launched a parody video a few weeks before the event with actors looking very similar to the real people they were portraying. Their message was ‘One’s life is for sharing’ with the video receiving 26,6 million views on Youtube.

In keeping with this vein, in January 2013 Hotcow worked on a brilliant idea for Hilton Hotels. Hotcow and Hilton delivered a successful PR stunt around the topic of Blue Monday, in recognition of Seasonal Affective Disorder. We created a beach scene in central London to promote Hilton Resorts which was rewarded with considerable media attention. Across online, print and broadcast we reached over three million people. Using an original idea and creating a spin on a newsworthy subject the result generated considerable media coverage.

Newsjacking is only a significant marketing tool in the right circumstances

However, as with all good ideas there are examples where poor judgement has soured this principle. Newsjacking requires sensitivity. For example, during the midst of Hurricane Sandy clothing retailer American Apparel jumped on the chance to exploit their brand; sending out an email offering their customers 20 per cent off all its products for the following 36 hours if they entered ‘SandySale’ in the checkout. This was met with Twitter outrage and accusations. The moral of the story, don’t jump on marketing during a disaster if you have nothing to do with the aftermath of it.

Companies tread a fine line newsjacking bad news but an organisation who did get it right was ‘Save The Children’ who offered parents tips on how to help their children after the Sandy Hook shooting by sending out ‘10 tips for Helping Children’.

In summary, an effective PR stunt will boost SEO, raise real time awareness; by sharing a new angle on the news or putting an positive and inventive spin on things, it will make you stand out in the market. As previously mentioned, at Hotcow we managed to put a positive spin on the negative Blue Monday news story.

1. Creative content is the key – put a fun angle and spin on a newsworthy subject but don’t take advantage of negative events that you cant help the aftermath. Always use good judgement!

2. Monitor breaking/newsworthy stories and use Twitter to identify them in their early stages

Have you seen great examples of PR newsjacking? Tweet us your thoughts @Hotcow!

Hotcow is a multi-award winning Experiential Marketing agency. We get brands in front of consumers in ways that persuade them to buy. We fully implement our ideas; nothing needs to be farmed out. For more information or free consultation, contact us. 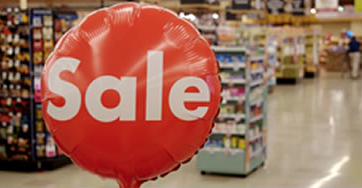